A Modern Guide to Numerology

Numerology is the belief that looking to numbers can give us some insight into ourselves and the world around us. While that might sound a little dubious, think how many of us hold special significance to specific numbers – like associating 13 with being unlucky or making a wish when the clock strikes 11:11. Much like astrology, numerology asserts that your birthday reveals some of your key characteristics. Intrigued? Read on.

Simply put, numerology studies how numbers can affect the world and us. It’s making sense of numbers, but not the way you might have learned in the classroom. Every number has a unique vibration that gives it its significance. A numerology calculator can decipher this, meaning you can better understand your sense of self and others.

Plus, you can supposedly trace your future path in life, be it professionally or romantically. In fact, for fans of numerology, there aren’t many areas of one’s life that the practice can’t touch on. Some people even believe numbers are a way the universe can pass on messages to us. For example, if you repeatedly notice a number cropping up in your consciousness, it might be the universe trying to tell you something. Some numerologists even believe that nothing happens by chance; it is all, in fact, dictated by numbers.

As a practice, numerology is probably much older than you might think. The method of studying numbers can be traced back thousands of years and the earliest records of it can be found in Egyptian and Babylonian civilisations. Remember Pythagoras? The man who made GCSE maths that little more painful. Well, he is considered to be the face of modern numerology. While he didn’t invent it, he created several theories that brought analysing numbers into the foreground. As for the word itself, numerology was first recorded in 1907 by Dr Julian Stenton, who helped propel numerology into the mainstream.

What is your life path number and how do you find it?

One of the most popular things you can chart through numerology is your life path number, which stems from your birth date. In conducting a numerology reading and working out this number, you can find out more about your traits and characteristics, plus where your life is destined to take you. Every life path number has a different meaning, and it’s easy to find out yours. Simply add the numerical digitals of the year, month, and day of your birthday together. Then keep adding those numbers together until you end up with a single digit.

August is already a single number 8, so that can remain as is.

Then add together 1+1+8, leaving 10, then finally 1+0, leaving 1. Simple! However, one slightly complicated addition is that if you reach 11 or 22 at the end of the process, these numbers are not reduced to a single digit. This is because these two numbers have extra special significance in numerology.

Natural and courageous leaders who should devote more time to others.

Tolerant and kind individuals who can sometimes lack courage.

Alert and creative people who should take care not to overly criticise others.

Hard-working individuals will succeed later in life if they keep up the good work.

Dynamic people who love travel and adventure but can be sensitive.

Often must make decisions and should always do so carefully. However, the key to success lies in romantic relationships and family.

Mentally strong and need lots of friends throughout life.

Very ambitious and driven individuals who are tough and persistent but conservative.

Idealistic people with a high level of mental energy. 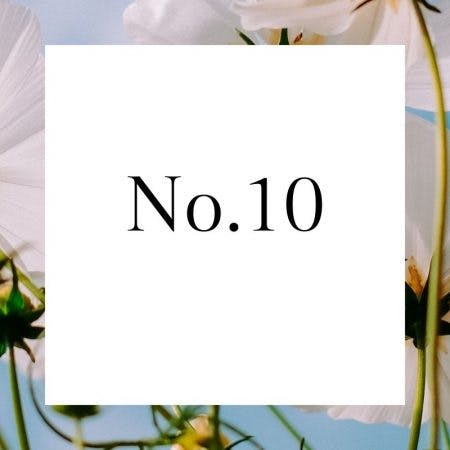 Self-determined, feel comfortable being alone, and experience an urge to explore.

And of course, those special numbers 11 and 22 have their own properties:

Ambitious and intelligent people with success on the horizon.

Considered the most powerful number in numerology, if your life path number is 22, you are considered highly intelligent and perceptive.

Working out your life path number is just one way of utilising numerology calculators. There are many ways to uncover things about yourself through numerology charts, and letters can also be given numerical significance. Pythagorus attributed a specific number to letters:

Using the above structure, you can find out which number is associated with your name; this is called your destiny number. Simply reduce each of your names (first, middle and last) to a single-digit and then add up the total.

So, Clare, for example, is 3+3+1+9+5=21 followed by 2+1=3. Your destiny number tells you how you will attain the more important goals set out by your life path number. Other numbers can be calculated through numerology, such as your heart’s desire number, sometimes called your soul’s urge number.

Is numerology right for me?

Numerology is not without its critics, as it is not rooted in science and should not be considered hard facts. Some people believe it is merely a coincidence if you spot a number repeatedly, and once you notice it, you are far more likely to notice it again. Numerology can’t predict the future, but it is an interesting way for some people to explore themselves and the world around them. Other practices on the more mystical end of the spectrum have exploded in popularity recently, such as crystal work, tarot, and palm reading.

Many people offer a new way to self-identify and find it refreshing and invigorating. However, for serious decisions or when faced with a challenging crossroad, there’s no better advisory than a friend (or a professional) who can talk you through what’s going on and advise without bias.

How do I know my numerology number?

You can calculate your life path number by adding all the numbers in your birthday until you reach a single figure. You can also work out numbers that are significant to you by using several different numerology calculators.

What number is good in numerology?

Many numbers in numerology hold significance, but 11, 22 and 33 are considered particularly special.

What does numerology mean?

Much like astrology, numerology believes that your birthday reveals something about you, and there are numerology calculators that can help you uncover that meaning.

What is the purpose of numerology?

Numerology is the idea that numbers hold a special and unique significance. Therefore, you can calculate numbers that are particularly important to you, which can tell you about yourself and the universe.

Read next: The Benefits Of Colourstrology

Sound Healing Instruments To Own At Home

Decluttering Your Life: From Tech-To-Home Tips

Make-up Ideas for Green Eyes to Make Them Dazzle

The First Signs Of Perimenopause, According To Experts

The Jubilee Buys To Celebrate In Style

Foundations For Dry Skin: Everything You Should Know

Here's How You Can Reduce Your H2O Footprint

Here’s What Happens To Your Skin When You Do Veganuary