Ridges In Nails: What You Should Know About Them

Having ridges in nails is typically nothing to be concerned about, with only a few exceptions. So, it’s useful to learn about what they are, what causes them and whether you can do anything to prevent and treat them.

Ever noticed the little wrinkle-like lines on the surface of the nails? These can make the nail feel slightly rough and potentially make your manicure appear bumpy.

We asked board-certified dermatologist Dr Mona Mislankar what a healthy nail should look like. “Ideally, healthy nails should be uniformly coloured, without pits or ridges,” she replied. “Additionally, all proximal and lateral nail folds (also referred to as your cuticles) should not be red, ragged, or appear inflamed.”

But if you have a few vertical ridges that run from the cuticle up to the edge of the nail, most of the time, they are harmless. Horizontal ones, on the other hand, may indicate another health condition – but it’s best to check with your doctor. 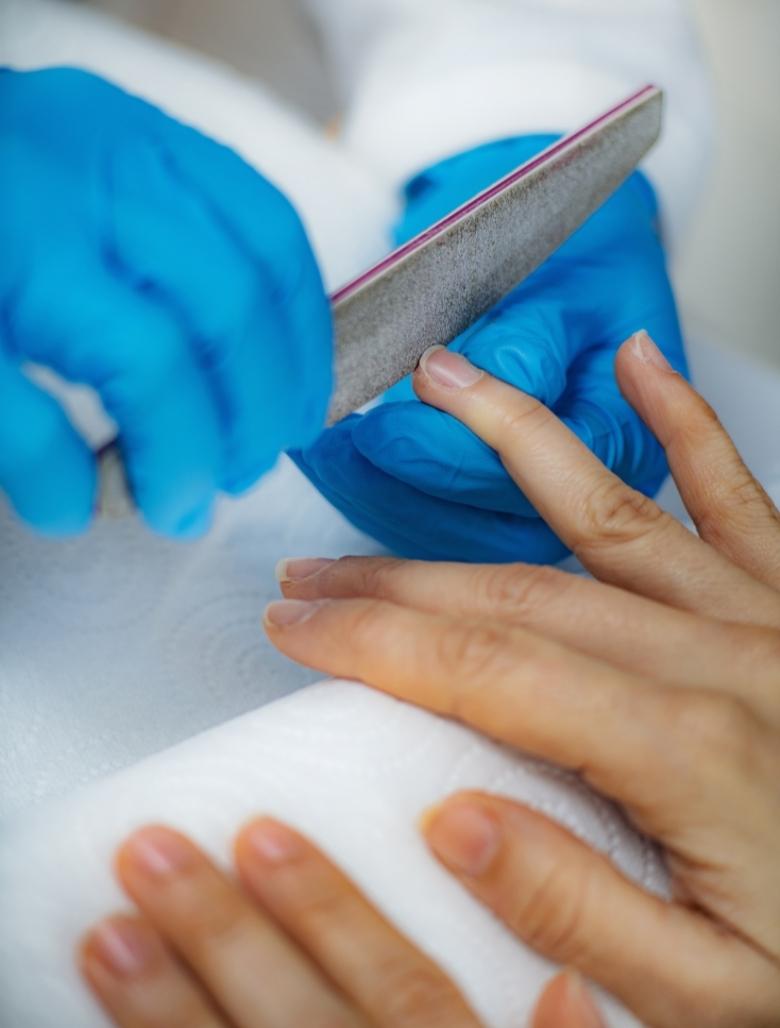 What causes ridges in nails

As we age, our nail-cell turnover slows down. This means that slight vertical ridges can develop. However, they’re not usually anything to be worried about. They can also be genetic – if most people in your family have them, you’re likely to develop them too.

On the other hand, they could also result from an injury. “Larger, asymmetric ridges can sometimes indicate trauma to the underlying associated nail bed,” says Dr Mislankar.

She adds: “In some cases. larger vertical nail ridges can also indicate anaemia or a vitamin deficiency such as iron deficiency.” It’s important to maintain a balanced diet for optimal nail health.

A lack of moisture could also cause ridges. According to Arlington Dermatology, “dehydration is the reason behind many cases of brittle, splitting and fragile nails. In a healthy, hydrated person, 18% of the nail plate comprises of water. When this moisture level drops, the nails become brittle.”

How to maintain healthy nails

Besides including the proper nutrients in your diet, there are a few ways to keep your nails looking and feeling their best. We reached out to Sonia Hully, founder of clean nail polish brand Nailberry, to ask for tips. Nailberry offers a range of products that fuse nail colour with nail care.

“Moisturising is my number one way to keep nails soft, protected and in great condition,” says Hully, and we couldn’t agree more.

Regularly moisturising your hands, nails and cuticles will keep them from drying out – one of the factors that cause ridges. We love the Hand and Nail Treatment Cream because of its shea butter-rich formula. 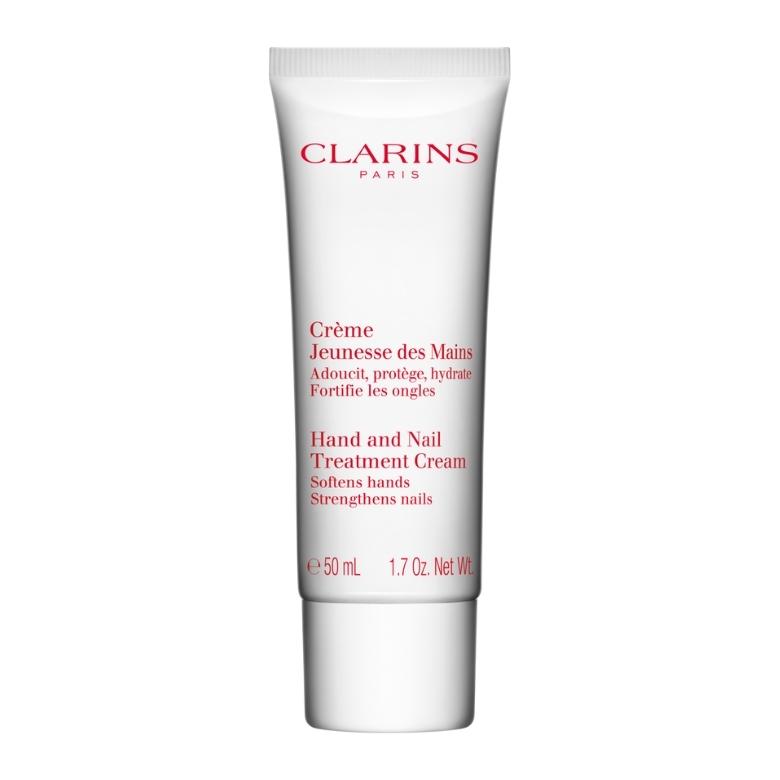 You could also add a cuticle oil into the mix. Hully explains: “Massage in Little Treasure Cuticle Oil each night – this boosts blood flow, while the concentrated oil rejuvenates and protects. Plus, don’t cut cuticles as it exposes the nail bed to bacteria. Instead, soak hands and gently push them back.”

As we learned, staying hydrated and eating right is vital for maintaining healthy nails. In addition, you can also use a targeted nail treatment if you have particularly brittle nails.

“Our Acai Nail Elixir helps keep nails nourished with its blend of antioxidants acai berry, vitamin E, argan and baobab oils, plus amino acids,” says Hully. “It also contains light minerals to fill ridges and hide imperfections. Little Treasure Cuticle Oil is also great – it’s rich in Omega 6 and 9 plus vitamins E, A, B1, B2 and B6 to help protect from and replenish dryness.”

Give gel manicures a break

“Gel removal can weaken nails,” Hully points out. “It’s then tempting to reapply gel to make them feel stronger, which creates a vicious and unhealthy circle for your nails.”

If you love gel manicures too much to give them up, try giving your nails a break for a few weeks in between manicures.

Hully recommends trying Nailberry’s L’Oxygéné polishes when you’re on your gel break, and you want to add some colour. These polishes are more breathable than traditional formulas and won’t dry your nails out. 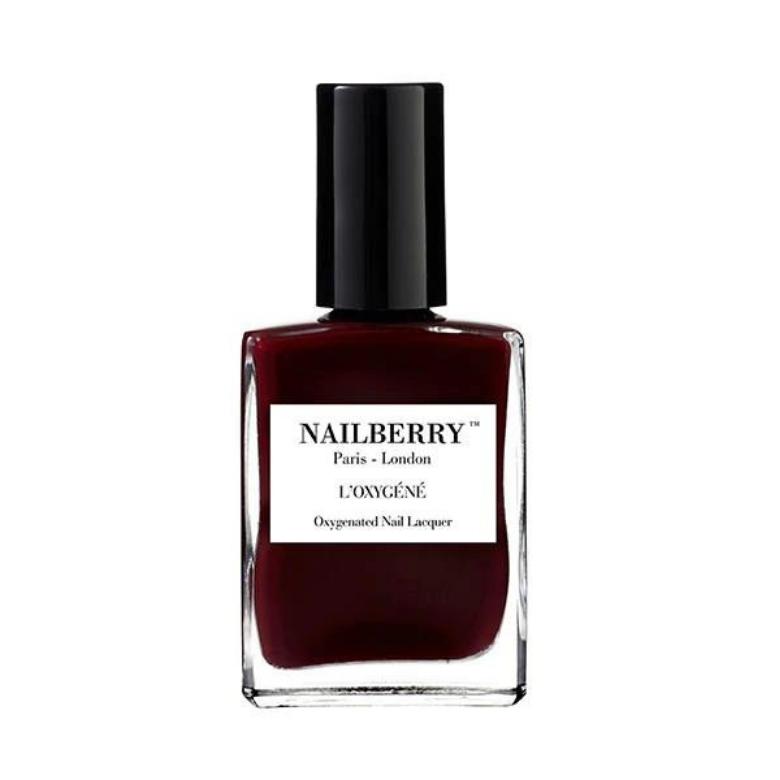 “Acetone-based removers can dry out and irritate nails and cuticles,” explains Hully.

Try the CLEAN Bi-Phase Nail Colour Remover and Miracle Corrector Pen; it has organic solvents to remove polish quickly and kindly and is also infused with rejuvenating AHAs and muscat rose tree oil. While the Miracle Corrector contains nourishing Jojoba Oil to soothe and repair.

When to see a doctor about nail ridges

“You should see a physician if irregular hyperpigmentation in a nail streak or total discolouration of the nail is noted,” Dr Mislankar emphasises.

She adds: “Changes in the overall shape of the nail can also sometimes indicate underlying medical conditions. If the skin around the nail shows signs of infection or inflammation, this should also be addressed by a physician as many autoimmune conditions in addition to cardiac, pulmonary, and renal conditions can present with irregular nail findings as well.”

Next read: Your new hand care regimen is here

Why Your Skin is Flaking And How To Remedy Fast

The Complete Guide On How To Fake Tan Your Back

Home Spa: How To Have The Ultimate Spa Day At Home

The Best Tips To Banish Dry Skin On Hands

Daily Sunscreen: What SPF Is Best For Your Face?

Knowing Your Colours: The Benefits of Colourstrology

Is Lip Gloss Back? A Return From The 90's