What is Mascara Made Of: The Most Common Ingredients

It only takes a minute to coat your lashes in mascara, but it can make a world of difference to your face. A good mascara frames the eyes and opens them up like no other product can. It’s no wonder that 51% of make-up lovers chose it as their go-to makeup product, according to the Clarins 2021 Skindex report — beating categories like lipstick and concealer. But have you ever wondered: what is mascara made of, really?

The ingredients labels of mascaras tend to be hard to decipher, most often containing a plethora of chemical names. To simplify this, we’ve compiled a list of some of the ingredients that are most commonly found in mascaras: the good, the bad and everything in between. 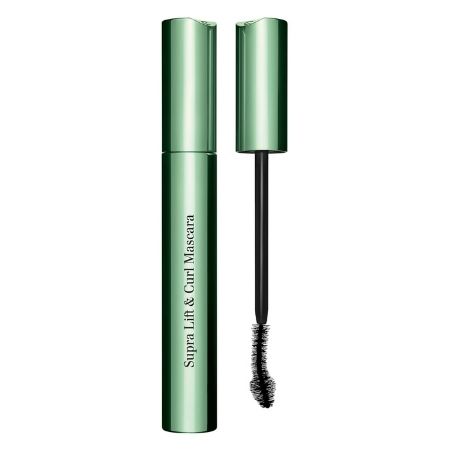 Mascaras are typically made of a combination of ingredients that broadly fall under the categories of waxes, oils, pigments, emollients and preservatives. These are some of the most common ingredients found in mascaras:

Beeswax is derived from honeycombs. You will find it in the ingredients list for many mascaras. It works as a thickening and stiffening agent and helps keep the product smooth.

This is another waxy ingredient that’s derived from the wool of sheep. Wool-bearing animals produce this to keep their coats dry and protected from the cold. In cosmetics, it’s often used as an emollient. Waxes are typically used in mascaras to help them coat individual lashes and thicken them.

This petrolatum derivative is often used in mascaras to give it a viscous quality. Although there is much debate on the safety of this ingredient, the FDA permits the use of mineral oil as an active ingredient in various products, including ones used in and around the eye area.

The fatty acid oil is derived from the castor oil plant. In mascaras, it works as a thickening agent. It also helps condition and moisturise lashes. You may have heard rumours of its lash-lengthening properties, although there is no solid evidence to back this claim.

This soft wax is obtained from petroleum and functions as a moisturising agent in most cosmetics. In mascaras, like most other waxes used, its purpose is mainly to help the colour adhere to the lashes.

It’s used as a colouring agent to create black, yellow and red pigments in cosmetics. Black and brown mascaras derive their hue from this ingredient. It can have either natural or synthetic origins. However, the latter is more common in cosmetics. It’s considered safer for use as natural-origin iron oxide has a higher chance of being contaminated with impurities.

As its name suggests, carbon black is also a colourant in mascaras. It works as a black pigment.

They’re typically used in mascaras that are called ‘fibre mascaras’. They stick to the surface of lashes and add length and volume. These are not recommended for contact lens users as the fibres can irritate the eyes.

It’s one of the most popular ingredients found in cosmetics, mainly because of its moisturising properties. When used in mascara, it makes the consistency of the product smooth and also helps it stick to the lashes. It also has hair conditioning properties that could be beneficial. 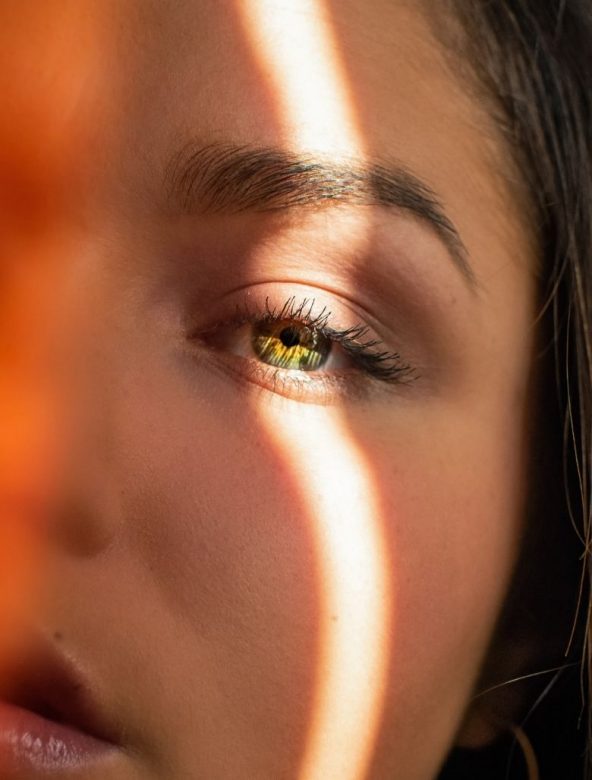 What is waterproof mascara made of?

Waterproof mascaras typically contain very low levels of water. Waxes and silicones added to the formula help make it resilient against water. Some of the waxes mentioned above like paraffin wax, carnauba wax or beeswax help enhance water-resistant properties, as water naturally rolls off wax. In addition, the most common ingredients in waterproof mascaras are:

This ingredient is both an emollient and a solvent that’s highly volatile. This quality makes it useful in waterproof mascaras.

This is a derivative of silica that adheres to the lashes and naturally repels water.

This is another silicone often used in mascaras. It’s non-greasy and evaporates quickly once applied, which is why it’s often used in quick-drying products.

Are there chemicals in mascara that you need to look out for?

Some waterproof mascara formulations have been found to contain per- and polyfluoroalkyl substances, also known as PFAs. These substances have water-resistant properties which is why they’re also sometimes used in nonstick cookware and stain-resistant carpeting. However, PFAs have been associated with impaired immune function, certain cancers, and increased risk of diabetes, obesity and endocrine disruption.

Shellac is a resin that offers a glossy effect and is sometimes used in mascara formulations. However, it can cause allergic reactions. This study reported it to be the cause of allergic contact dermatitis of the eyelids, as it gave positive patch test reactions in five out of five patients tested for it.

This mercury-based element is sometimes used in mascara formulations as a preservative as it kills bacteria. There has been a lot of skepticism about whether it’s safe to use a mercury-based ingredient in the eye area.

These are common preservatives used in many mascaras to prevent the growth of mold and bacteria. However, some forms of parabens have been found to be endocrine disruptors. That is, they can cause abnormal growth in breast cells.

Toxic ingredients aside, it’s also important to properly take off your mascara before bed. Any remnants left behind could dry out your lashes and potentially even damage your eyes.

Always use a make-up remover that breaks down stubborn mascara. The Instant Eye Make-Up Remover completely removes make-up around the eyes, including waterproof mascara. It also contains rose and cornflower waters that soothe and nourish the skin around the eyes.

There are many ingredients commonly used in mascara that aren’t vegan-friendly. Some of the most common ones are:

Also known as pearl essence, this substance is derived from fish scales. It offers a shiny, glossy effect when used in mascaras.

This common mascara ingredient is a wax that bees secrete to help bind the cells of their hives.

This waxy substance is secreted from a sheep’s sebaceous glands.

It functions as a lubricant and moisturiser. It is sourced mainly from meat or honey.

It’s also known as lac resin as it’s derived from a resin secreted by the lac insect.

Vegan alternatives to look for in mascaras

Vegan formulations exclude these ingredients completely, and stick to non-animal origin waxes and oils such as paraffin, vegetable oils and fats, carnauba wax and candelilla wax. Some even use synthetic beeswax that’s created using fatty acid esters, fatty acids, and alcohols. However, some synthetic beeswax formulas contain lanolin, which is an animal-derived ingredient.

Looking for tips on the best make-up to use for sensitive eyes? Read our full article on the subject.

How to Tackle Dry Skin Around The Eyes

How To Do Eyeliner: A Make-Up Artist’s Tricks

Lip Liner Tricks: How To Shape, Plump and Refine

How To Banish Blackheads Without Damaging Your Skin

9 Health And Wellness Trends To Look Out For In 2022

What Is Moisture Sandwiching And Should You Try It?

The New Neutral Nails: A Manicure For All Seasons