How To: Thin ’90s Brows, Without Over-Plucking A Hair

There are two trends from the ’90s and ’00s that most people don’t want to see again: thin eyebrows and low-rise jeans. And somehow, they both seem to be making a comeback this year.

Whether you love them or loathe them, skinny brows slowly but surely making their way back into mainstream beauty. They’re everywhere: from our T.V. screens (did anyone watch Pam & Tommy?) to our Instagram feeds. TikTok even offers a thin eyebrow filter that went viral recently.

In a way, the idea of a minimal brow feels almost refreshing – a welcome break from the full, bushy brow that dominated the 2010s.

But if you were a victim of over-plucking in the ’90s, we sense your fear.

However, here’s a relieving thought: the modern skinny brow doesn’t have to be over-plucked. If you like, you could even achieve the look without plucking a single hair. Below, we’re exploring how to get the thin brow look without sacrificing your precious brow hairs.

The modern take on the thin eyebrow trend

The original ’90s brows had a few distinct characteristics: they were placed high on the brow bone, with pronounced arches; there was a lot of space between them, and they maintained almost the same width from start to end.

Thankfully, beauty has come a long way since then. So, there are no rules this time around – make the trend your own and do what suits your face. To us, the thin eyebrow is about minimalism. It’s a departure from statement fluffy boy brows, favouring a more natural look – one that lets all other features on your face shine.

There are a few ways to achieve this.

Brow tweezing 101: How to avoid over-plucking

Firstly, don’t be intimidated by your tweezers. They can help you shape your brows and eliminate any stray hairs that don’t serve you. But there are a few things to keep in mind to avoid permanent brow damage.

Use the right tools

You want to start with a good pair of tweezers – one that’s slanted to fit the contours of the face and sharp enough to pluck with precision. Try the Swiss Cross Slant Tweezers by Rubis or the classic Tweezerman Slant Tweezers. 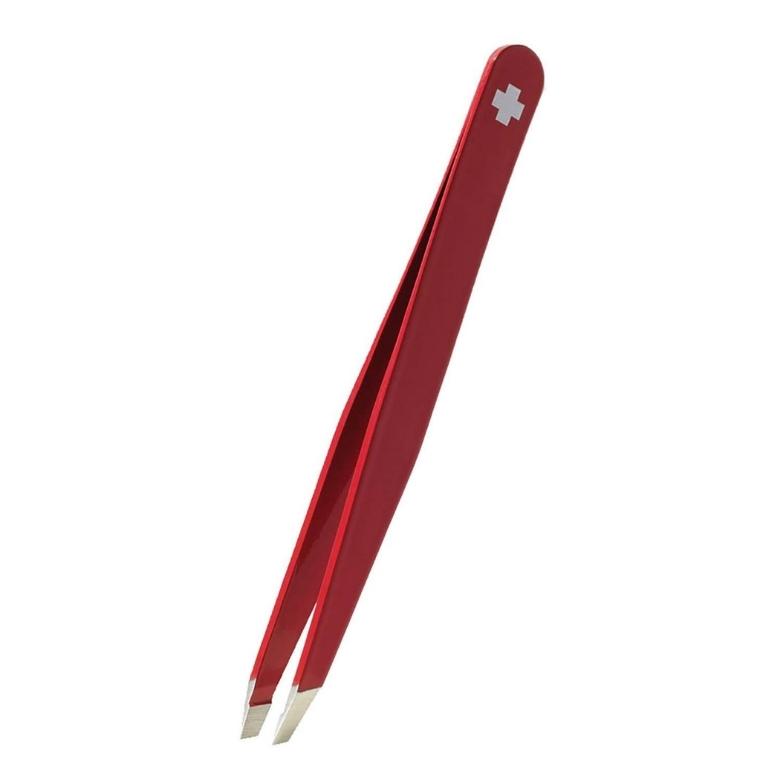 The next thing you need is good light. And the best tool for this isn’t a significant investment at all (it’s free). “You should only ever tweeze your brows in natural light,” advises Fides Baldesberger, CEO of Rubis Tweezers and brow expert. “Not only will you be able to see stray hairs you’ve never noticed before, but you’ll have a more accurate idea of how your eyebrows are looking as you’re shaping them.”

You don’t need much else, and Baldesberger especially warns against using magnifying mirrors while you pluck your eyebrows. “They may seem like a good idea, but when you’re staring at your face blown up to three times its normal size, you’re way more likely to get obsessive and over-pluck,” she says.

Ideally, find a professional brow artist to guide you with the best eyebrow shape for you at least once before trying this yourself. But if confident, go ahead and trace the shape before reaching for your tweezers.

Baldesberger suggests: “Instead of using white eyeliner to mark out where you’ll be tweezing, use damp white eyeshadow. Eyeliner is waxy and pushes down brow hairs onto the skin, which makes rogue hairs easy to miss. On the other hand, damp white eyeshadow adheres to the hair, making even fine brows stand up a little so that they’re easier to see.”

This isn’t the kind of task you want to rush. Instead, pluck one brow hair at a time. Every few seconds, take a step back from the mirror to assess your work before proceeding.

A good tip is to stop before you think it’s 100% perfect – because the truth is, it never will be.

“Don’t stress if your brows don’t match one another exactly,” says Baldesberger. “Eyebrows are meant to be sisters, not twins – so a little variation in the width, arch and length is normal. However, forcing your eyebrows into perfect symmetry is a recipe for over-plucking.”

Use tiny hair-trimming scissors to snip the ends of your brows. If you have particularly dense eyebrows, this is a good way to make them seem thinner, even if you don’t want to use tweezers.

“To trim your eyebrows without ending up with unfortunate bald spots, brush your eyebrows straight up with a dry toothbrush or spoolie brush, then trim along the upper arch. Make sure you clean your scissors with rubbing alcohol after each use,” advises Baldesberger.

If the idea of tweezers makes you anxious, there are other ways to do it. First, you can go the theatrical route by glueing down your natural brows, covering them with concealer and drawing thin, delicate brows in their place. But that look isn’t for everyone.

Instead, for a modern, minimal brow, focus on using the right make-up products and, more importantly, not using as much as you usually would.

Set aside your dark brow gel or richly pigmented brow powder. Instead, reach for a brow pencil in a shade that matches your brows (or even go a shade lighter) to fill any gaps subtly.

Try: The dual-ended Eyebrow Pencil (with a pencil on one end and a spoolie on the other) has a long-wearing formula that dispenses enough pigment to define the brows without looking unnatural. 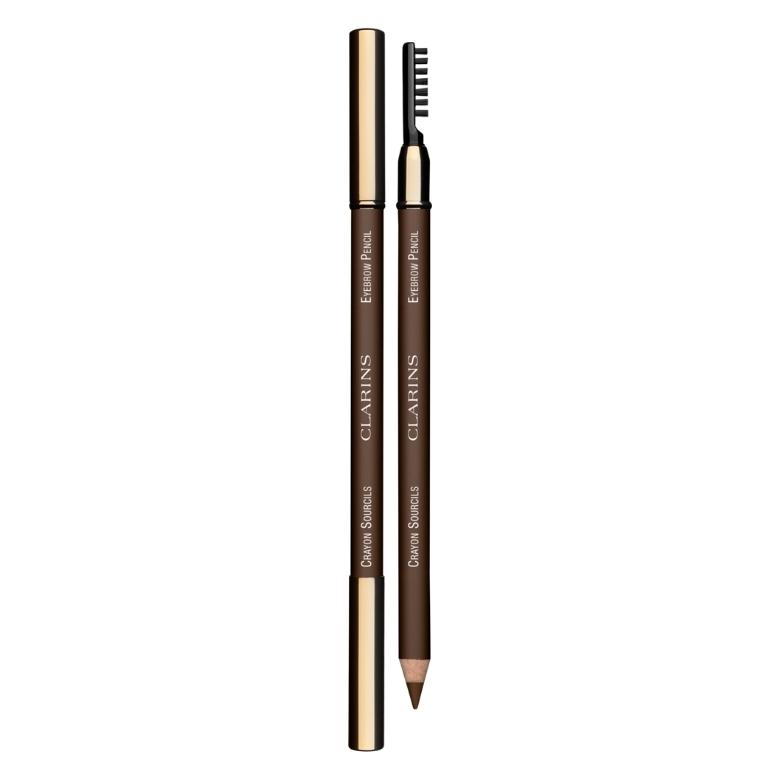 You don’t want too much pigment in the beginning area of the brow. So, use a light hand to define the front of the brow. Then, with your pencil, extend the tail-ends a little beyond where they naturally stop. You could also emphasise the arch as a nod to that classic ’90s brow shape.

Finish with a clear or lightly tinted brow gel.

Next read: The Modern Take On 60s Make-Up

How to Tackle Dry Skin Around The Eyes

How To Do Eyeliner: A Make-Up Artist’s Tricks

How To Conceal Dark Circles According To Experts

Make-Up For Brown Eyes: The Colours And Trends To Try

What Is Red Light Therapy And Does It Really Work?

The Best Make-up For Sensitive Eyes

Adopt A Holistic Approach If You Want Healthier Skin In 2022